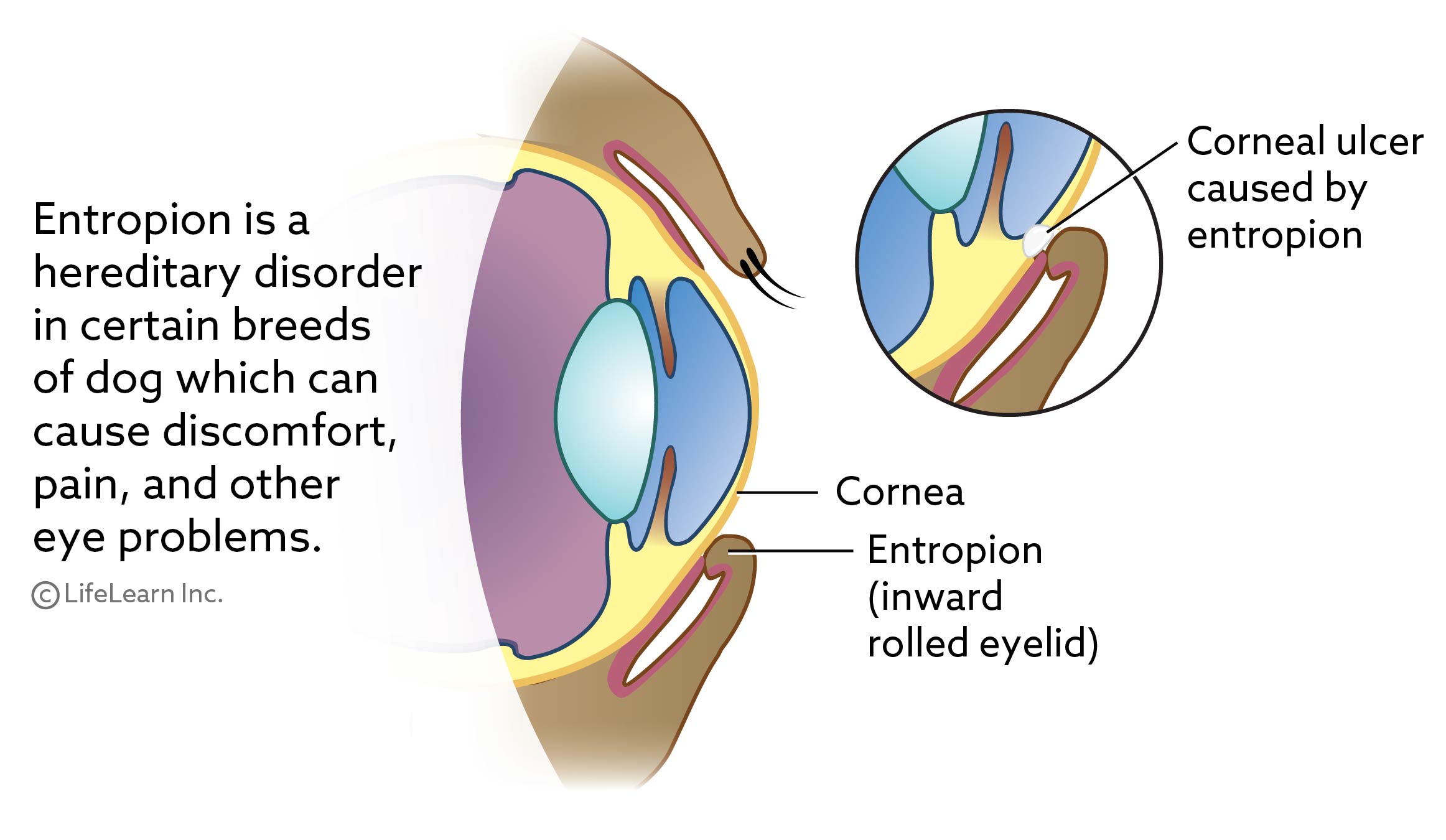 Entropion is an abnormality of the eyelids in which the eyelid rolls inward. This inward rolling often causes the hair on the surface of the eyelid to rub against the cornea resulting in pain, corneal ulcers, perforations, or pigment developing on the cornea which can interfere with vision.

What are the signs of entropion?

Most dogs will squint, hold the eye shut, and tear excessively (epiphora) though some patients will develop a mucoid discharge. Interestingly, many flat-faced dogs with medial entropion (involving the corner of the eyes near the nose) exhibit no obvious signs of discomfort. In most cases, both eyes are affected.  It is usually diagnosed in puppies under 1 year of age.

Are certain breeds more likely to have entropion?

Entropion is considered a hereditary disorder. While the exact genetics are unknown, many breeds are identified as having this problem. These breeds include 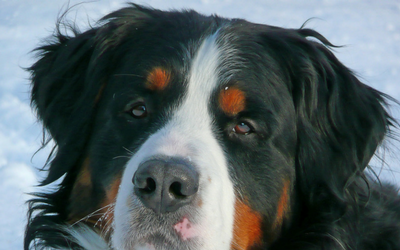 How is entropion treated?

The treatment for entropion is surgical correction. A section of skin is removed from the affected eyelid to reverse its inward rolling. In many cases, a primary, major surgical correction will be performed, and will be followed by a second, minor corrective surgery later. Two surgeries are often performed to reduce the risk of over-correcting the entropion, resulting in an outward-rolling eyelid known as ectropion. Most dogs will not undergo surgery until they have reached their adult size at six to twelve months of age.

"The treatment for entropion is surgical correction."

Both prior to surgery and after surgery, ophthalmic medications such as various antibiotics and artificial tear lubricants may be used to help treat secondary problems that have developed and to protect the cornea, respectively.

What is the prognosis for entropion?

The prognosis for the surgical correction of entropion is generally good. While several surgeries may be required, most dogs enjoy a pain-free normal life. If the condition is treated later and corneal scarring has occurred, there may be permanent irreversible visual deficits. Your veterinarian will discuss a diagnostic and treatment plan for your dog to help you successfully treat this condition.

© Copyright 2019 LifeLearn Inc. Used and/or modified with permission under license.

View All
IS YOUR PET UNWELL? TRY OUT OUR PET HEALTH CHECKER Learn More